I have been hearing lots of hype about the Parental Rights Amendment and, as many of you probably have, watched this video clip making its way around the internet. I would encourage you to be as informed as possible about this movement before signing on to it, promoting it, or donating to it. Here is the clip: 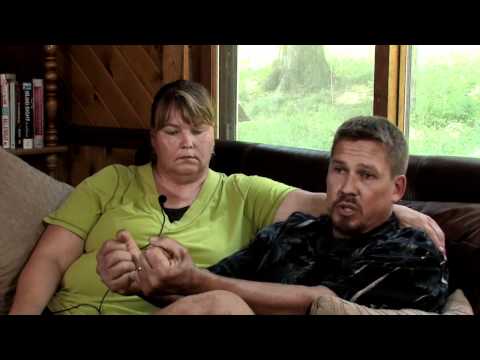 The following is a well-reasoned assessment of this amendment written by Christine Field, homeschooling mom, author, and attorney with Homeschool Legal Advantage.

The PRA is an attempt to place a huge bandage over a wound that has not yet been inflicted. It is being marketed to parents as the immediate solution to an immediate threat. It would be interesting to learn how many of its supporters actually understand what it would take to amend the United States Constitution.

What would the PRA take for passage?

A successful amendment to the US Constitution is extremely unlikely. First, it
must be approved by 2/3rds of the Senate, and then approved by the states. A long, unlikely
road lies ahead for this well-intentioned amendment. (See note below.) Yet, we
are being rallied on all sides to pressure our legislators and to send our contributions to support this cause. From CSPAN: “Since 1789, over 10,000 amendments to the Constitution have
been proposed in Congress. Of those, only 33 were sent to the states for
ratification, and only 27 were ultimately ratified. ” (From note below)

While supporting the PRA makes a great photo opportunity for politicians and provides great copy for the legislator’s newsletters to the constituents, it is likely an exercise in futility. The threat to parental rights has been addressed in the Courts. The United States Supreme Court has addressed the issue of parental rights in numerous cases. The right to homeschool and the religious freedom we enjoy have been litigated and parents have won. They have ruled that parents have a “fundamental right” to teach their own children. That right is already firmly ensconced in our legal tradition and precedent.

Summary of our questioning the PRA

1. It is unlikely it will pass. Like so many well-intentioned movements it is not likely to endure the rigors on the path to ratification.

2. It is not necessary. We already have recognized fundamental right to direct and control the upbringing of our children through the decisions of the United States Supreme Court.

How should we respond to the United Nations Convention on the Rights of the Child?

If the CRC is ever called to a vote or comes to the attention of the Nation, a call or letter to your senators and representatives is definitely in order – and it’s FREE to express your opposition. You don’t have to sign a petition or pledge contributions. Focus on monitoring and opposing the CRC, rather than proposing a Constitutional amendment.

It is a more prudent and productive move to rally fellow parents to urge legislators to NOT support the CRC, if and when it ever arises to that level of consideration. Interestingly, it is not the subject of much interest or debate outside of the old guard circle of homeschoolers. It makes logical sense to first attempt to resolve the CRC before we ask THE ENTIRE NATION to vote on a constitutional amendment to protect us from the CRC.

What if the CRC becomes controlling authority?

Should we be fearful for the future of our parental rights in this country? We can take a posture of fear and intimidation or we can persevere with a sense of vigilance. When any convention or law threatens to compromise our freedoms, the best response is to homeschool with integrity and pray for our country. It’s what most of us have been doing all along.

Examples of prominent amendments in recent years which received much
congressional attention but failed to survive the process include the Flag
Desecration Amendment, the Balanced Budget Amendment, the Equal Rights
Amendment, a Term Limits Amendment, and a School Prayer Amendment.

I would also encourage you to listen to the August 15 and 21, 2010 podcasts on the 2009 Leadership Summit if you have not already. HSLDA, who is promoting and sponsoring the Parental Rights Amendment, was well- represented at this conference. I see many parallels in the agenda this conference outlined and the goals of the PRA.